College launches $100 million comprehensive campaign: 'This is the Time'

College launches $100 million comprehensive campaign: 'This is the Time' 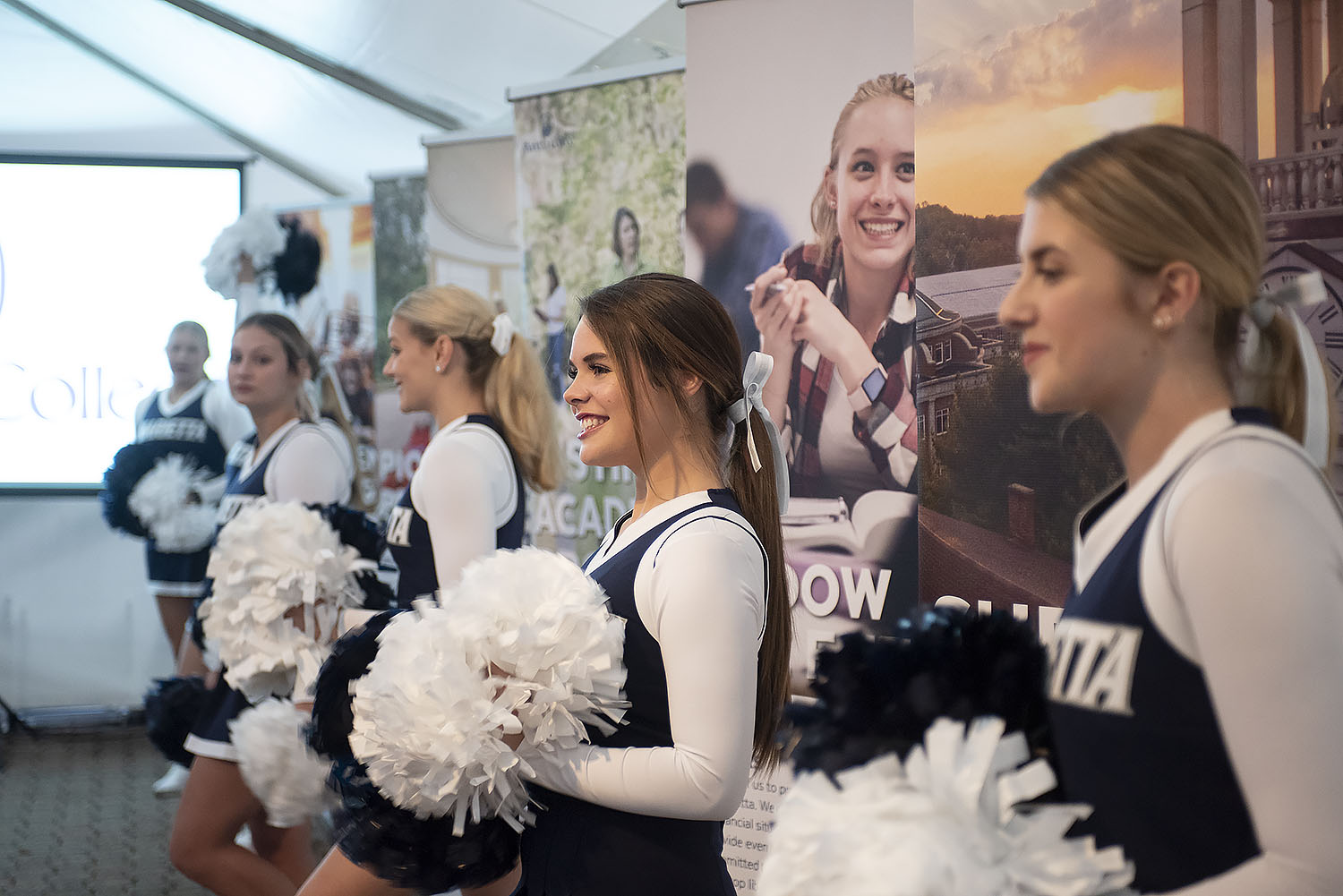 With the energy and excitement of a Homecoming crowd as the backdrop, President Bill Ruud proudly announced Marietta College was kicking off a $100 million comprehensive campaign on The Christy Mall Friday evening. Titled "This is the Time," the campaign is the largest in the College's history and it has far-reaching plans that include advancing the College's distinctive academic programs and constructing a modern Student Center.

The campaign will seek $100 million in gifts and commitments from alumni, parents, friends, and current employees and students, and it will be a historic investment that helps elevate Marietta's ambitions to make a lasting, positive impact on the region and the world. The College is already more than two-thirds of the way toward its fundraising target, with gifts and pledges totaling nearly $70 million from more than 6,800 donors during the past four years. Marietta raised $52.5 million in its last campaign, which ended in 2009.

"The $100 million we raise during this campaign will be transformative for generations of Marietta College's students, and increase the impact we have on the world," President Ruud said. "The promise of 'This is the Time' reinforces the promise Marietta College makes every day to a commitment of innovation and a commitment to excellence in the overall experience we offer our students."

There was additional excitement during the launch when some alumni who were present challenged each other to each add $1 million to the total for a new student center. President Ruud was able to celebrate the additional gifts and announce a new total of $9.5 million toward the funding for the student center.

This is the Time campaign will run through 2024, and when fully funded, its highlights will include:

"Through the generosity of our alumni, parents, friends, and current employees and students, we will improve the lure and appeal of Marietta to more student and faculty talent, while celebrating the pioneering spirit that has defined this outstanding institution since its founding," President Ruud said. 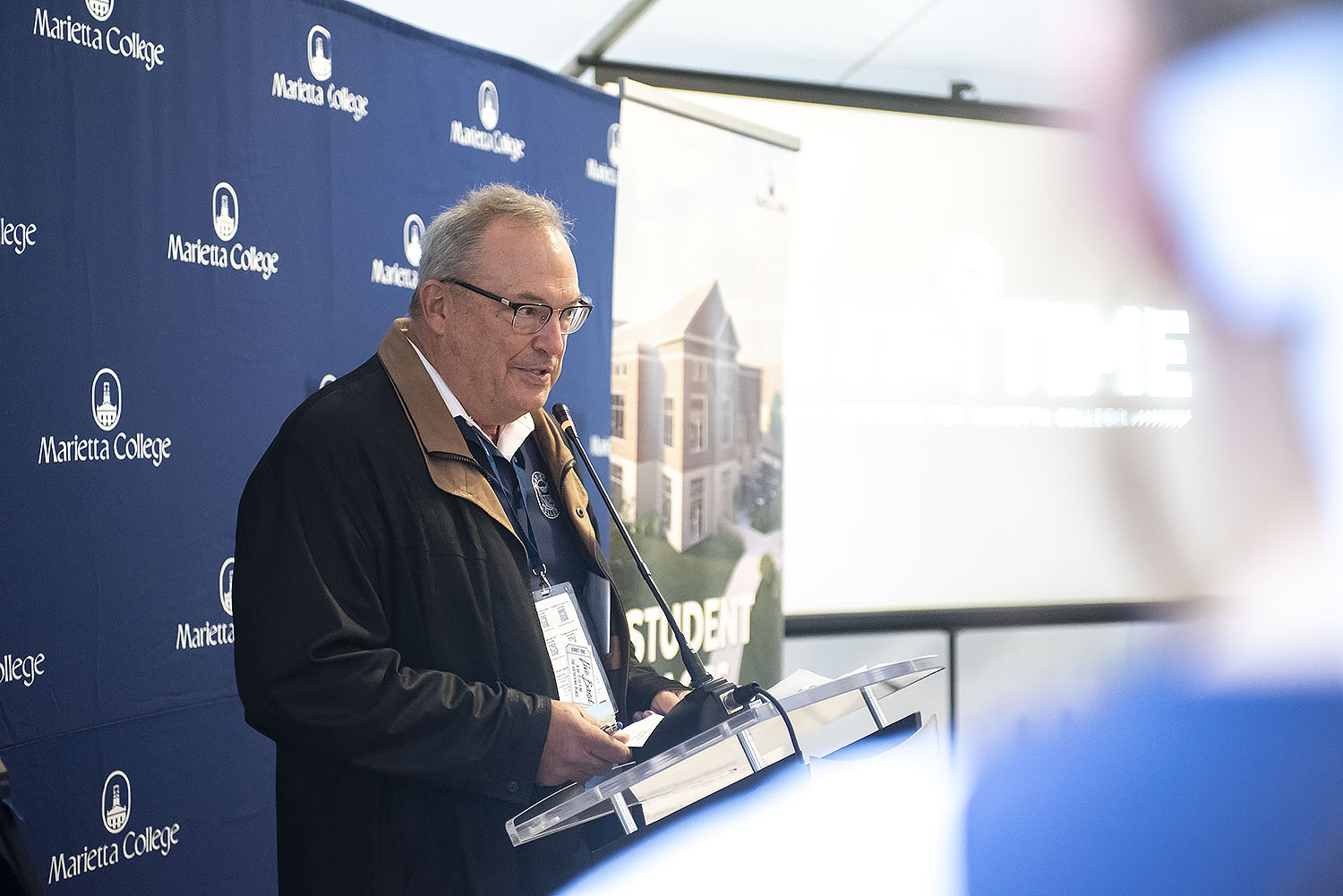 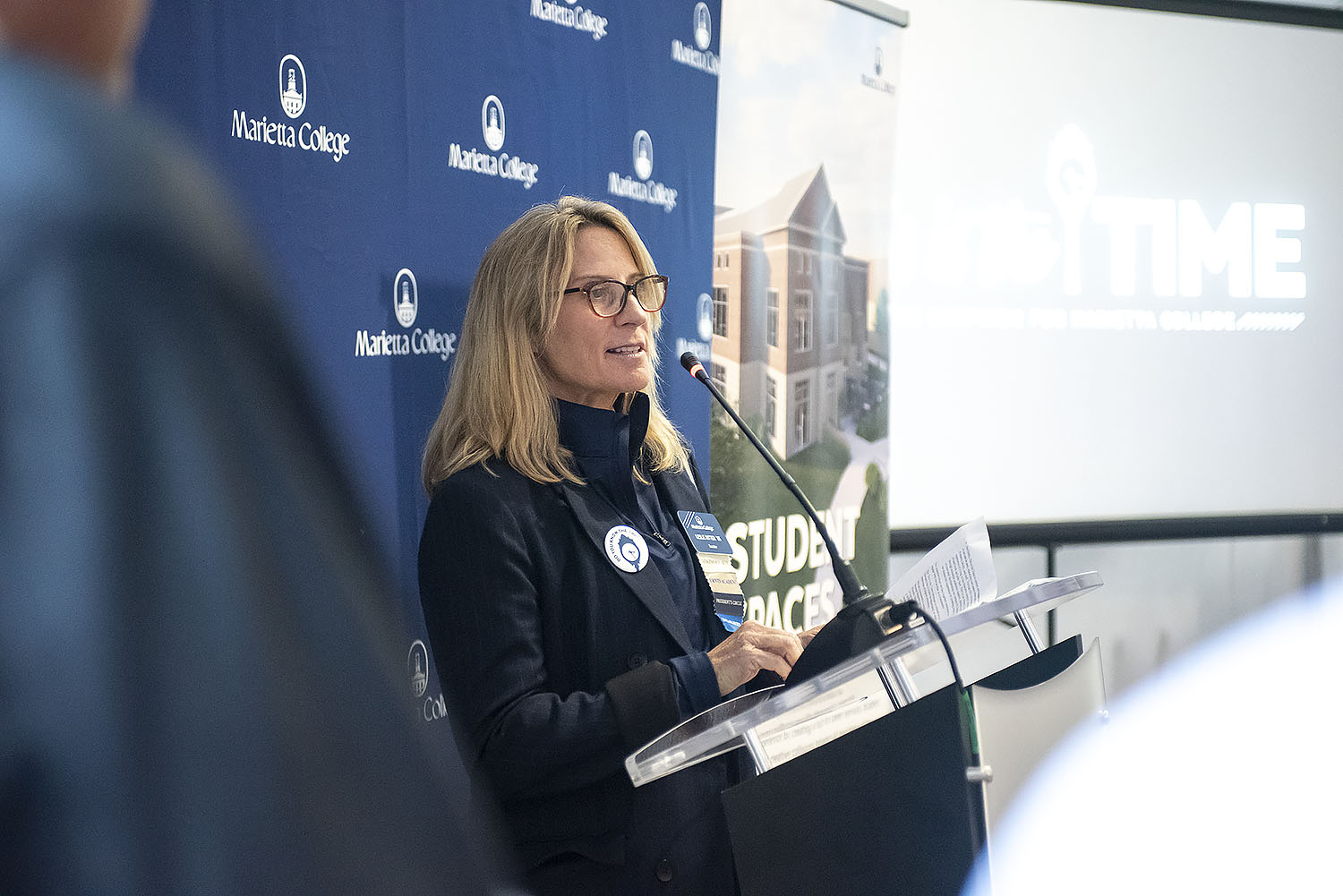 Don '81 and Leslie Straub Ritter '85 are serving as the co-chairs for the campaign and they joined President Ruud at the announcement Friday.

As we reflect on the past and consider our future, we also want to take a moment to recognize and celebrate the brave, ambitious Pioneers who have gone before us to lay the foundation for nearly 200 years of a successful and impactful Marietta College education,

Leslie Straub Ritter '85, C0-chair and member of the board of trustees

Don Ritter added, "We firmly believe this is the time for great growth and transformation of our campus. This is the time to be a part of something bigger than ourselves."

Marietta's Vice President for Advancement Joshua Jacobs said Marietta College plays a critical role in serving the region and the support of alumni, friends and local companies will help the College reach the lofty goal. 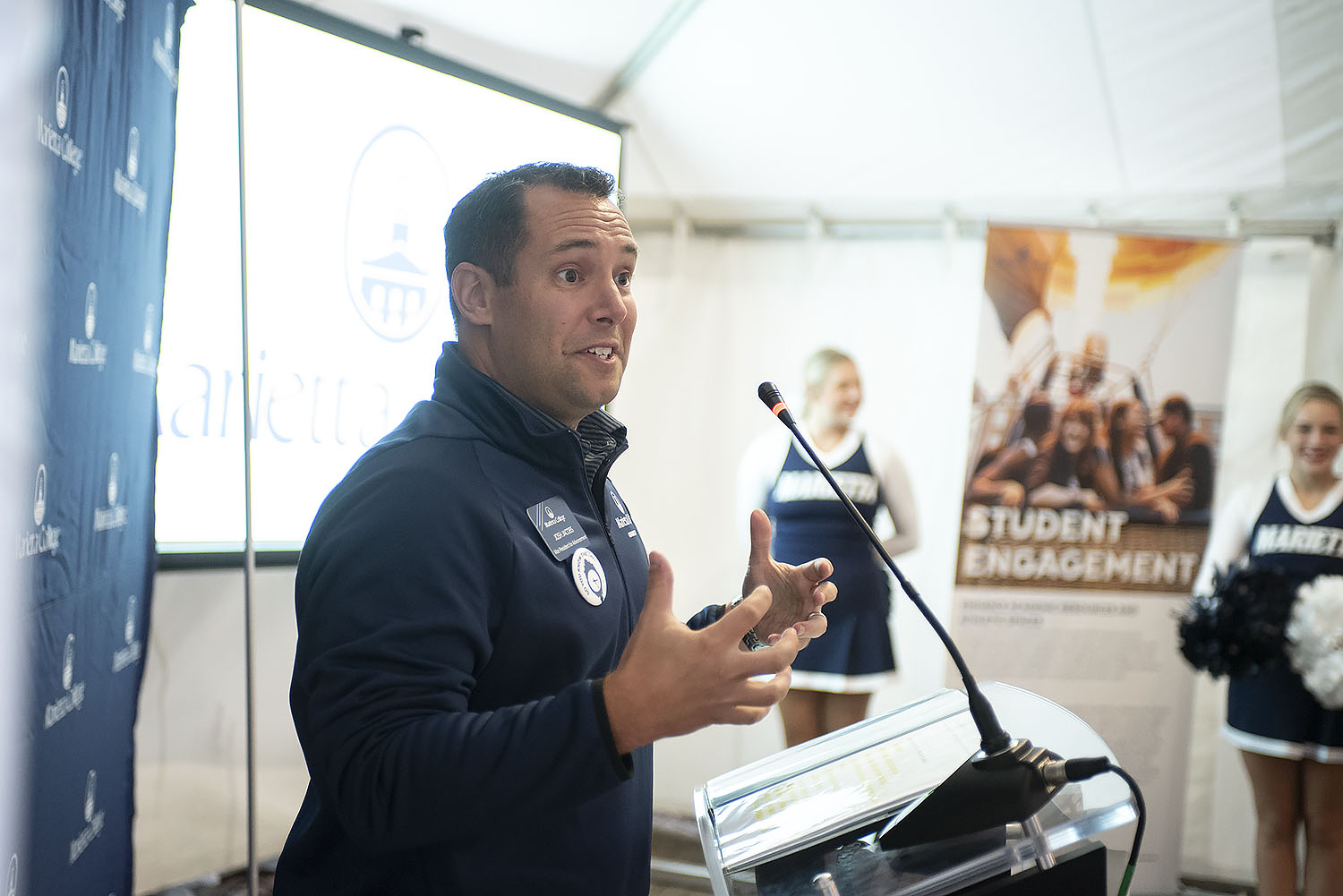 "This campaign underscores the vast benefits of having a diverse and well-supported private, liberal-arts college in southeastern Ohio," he said. "We want to build a vibrant, bold future for everyone at the College, while also expanding the opportunities that are available to our community and neighbors."